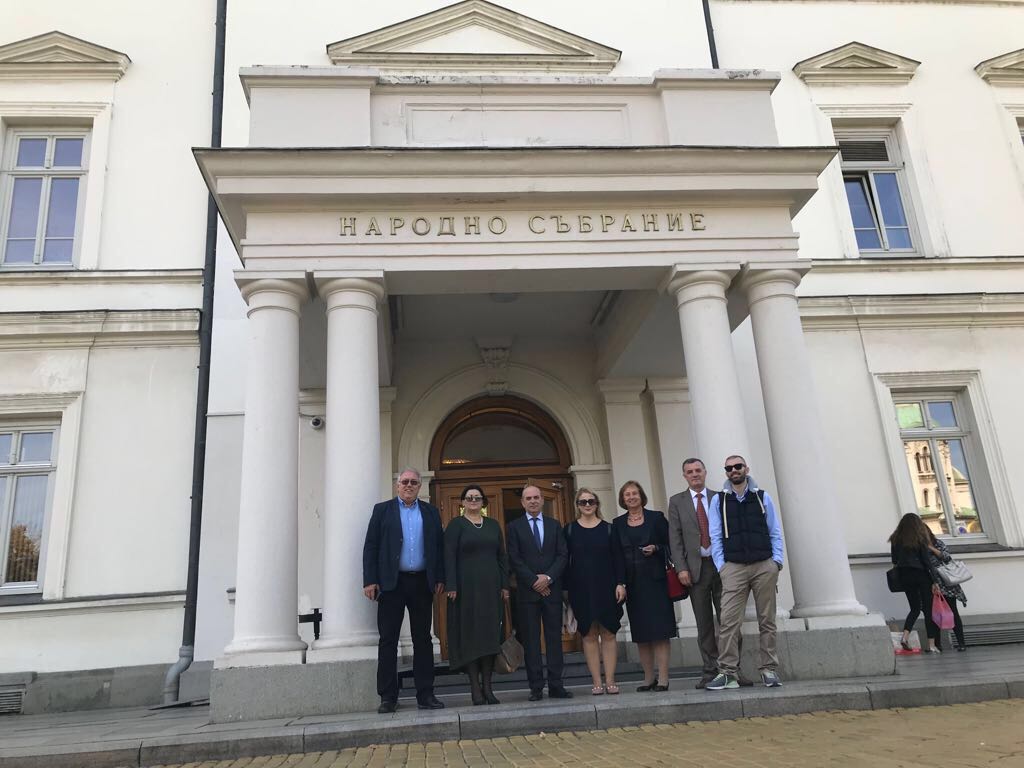 Mr. Bogdanov and the parliamentarians who participated in this meeting are the working group in the Bulgarian Parliament for Bulgaria-Albania friendship.

The Rector, Prof. Dr. Roland Zisi, opened the meenting on behalf of the UV representatives, thanking for the warm welcome of Mr. Bogdanov.

Prof. Dr. Zisi, before concluding the speech, congratulated them on the difficult challenge that Bulgaria has in the first six months of 2018 on receiving the European Union presidency and invited them to Vlora for a visit.

Finally, all the members of parliament who participated in the meeting highlighting the good relations between the two states and providing us with their assistance in contacting and concluding of agreements with the Bulgarian HEI.

On the part of the UV, Ph.D. Enkelejd A. Mehilli, Prof.Asoc.Hajdar Kiçaj, Dr. Eva Çipi continued the speech by thanking for the warm hospitality and analyzing some of the results of the Sofia visit and explaining the further steps of these relation.